Why Neurologists in the US Don't Recommend HSCT (Month +35.8) 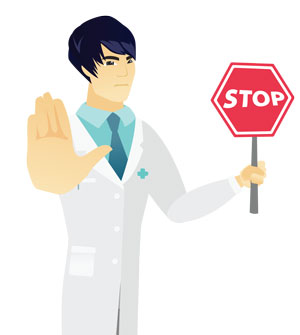 I recently filmed a lecture for the local MS group. The MS genius, Dr. Timothy West, gave a fantastic 30,000 ft view of the world of multiple sclerosis from his point of view as a practicing clinician. He covered all the new technologies, current treatments, and the myriad of choices he must make in treating patients.

Someone in the audience asked, "what about stem cell replacement?" There were two interesting parts to Dr. West's answer.

First, he said that a patient's own assessment of his illnesses is much worse than how a doctor perceives it. That sounds plausible to me, almost to a frustrating level.

Second, he said that doctors practicing western medicine have an obligation to the Hippocratic Oath, which basically states, "first do no harm." According to societal norms, it's better for a doctor to do nothing and watch his patient slowly die than to intervene with a powerful drug and accidentally kill the patient. This is true even if the drug has a good chance of curing the patient and potentially saving his life. Doctors don't have the option of risking life if there's a less dangerous way. Think about the liability here.

Add those two thoughts together. The patient thinks he's in dire straights, willing to risk his horrible life to save a more normal one. But the doctor must "do no harm," so he must avoid administering a highly-effective treatment with a high mortality rate. Half of neurologists consider a mortality rate of 1:5,000 to be too high of a risk, yet only 17% of patients consider that too high. HSCT has a mortality rate in the ballpark of 1:500, maybe more, so it is considered very high. Other therapies have mortality rates of hundreds times less. Forget the fact that they only slow down MS; they don't actually stop it.

I finally understand why Dr. West did not tell me about HSCT, instead leaving it up to me to discover and choose it for myself.

Another fascinating thing I picked up from this lecture was that the MS medication industry focuses the majority of its energy to treat people in the early disease stage. Studies show that treatment during this period can be significantly more efficacious than treatment during later stages, so the net benefit is higher. Of course, this idea can be rather depressing for many later-stage patients.