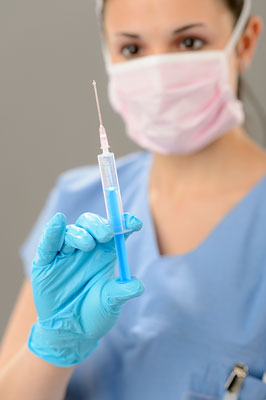 It was a very busy week. I had my second Rituxan, follow-up dose on Wednesday. That one went much easier than the previous one, likely because I took a much smaller dose of Benedryl beforehand. The Benedryl helps to minimize side effects; ironically, I seem to have a stronger reaction to the Benedryl than I do to the small, 100mg dose of Rituxan. Although I still needed a nap after the infusion, this time I was able to snap back to a normal sleep schedule within a day.

Directly before the Rituxan infusion, I met with my hematologist, Dr. Penn. She told me that my neutrophils are back to normal (these are the body's first line of defense against illness); although, my white blood cell count and platelets are still a little low. Those take months longer to return to normal.

This weekend will mark my five-month stem cell transplant birthday. While on one hand, time is flying by, on the other, it's difficult to be patient. HSCT for MS guru, George Goss, cautions that the three most difficult parts of recovery are: 1) patience; 2) patience; and the far most difficult part, 3) patience. My brain tells me that I'm ready to get on with my life, but I keep over-booking myself and keep finding myself in very frustrating situations where I can't complete all the work I've laid out to accomplish in a day. The worst is when I have two or three busy days in a row.

My two big problems are pain and weakness. Fortunately, the MS fatigue has improved significantly. My pain levels are about where they've been for the last few months. Weakness is slightly different from fatigue. The latter saps all the gumption you need just to get off the couch to make a meal. The former gets you into embarrassing or awkward situations when you can't muster the strength to maneuver your legs or body as needed. It's not uncommon for disability to slightly worsen during the first year post-transplant while symptomatic improvements typically begin +1 year post- and reach maximal effect approximately +2 years post-. (Again, I'm still not quite +5 months post-.)

I met with my GP, Dr. Polito, last week. I haven't actually seen him since before I was diagnosed with MS, having seen his PA instead over the last three years. I expected to tell him a long story about how I ended up finally being diagnosed with MS after his preliminary diagnosis of thoracic outlet syndrome (TOS) in early 2013 when I was actually having my first attack. Instead, he jumped straight to, "so, you had HSCT? I didn't even know they were doing that for MS." After I quickly finished up that story, he responded with, "Congratulations! I'm just so happy you took control of the situation. I'm just really 'over the moon' for you!"

He left the room for a moment to get some notes from his office. Then it hit me. This was the first time any doctor or nurse in the USA had actually congratulated me for actually doing my gutsy procedure. I guess I had been expecting more of that. He told me that he's had many patients, especially those with cancer, go abroad for treatments not offered in the USA. Anyway, I visited the doctor to start my revaccinations. I got four shots that day, and I felt pretty lousy for a while. I think I have another half-dozen more shots left to get over the next two months to complete that stage of my recovery. After all, I have a new immune system which has no memory of the vaccinations I received as a child. I asked Dr. Polito if I could possibly get the chicken pox again. Unfortunately, he said yes. I remember that being one of the few horrible experiences I had as a child.

Anyway, I visited the doctor to start my revaccinations. I got four shots that day, and I felt pretty lousy for a while. I think I have another half-dozen more shots left to get over the next two months to complete that stage of my recovery. Then, there's some more at the one- and two-year marks. After all, I have a new immune system which has no memory of any vaccinations I received as a child (or adult). I asked Dr. Polito if I was susceptible now to getting the chicken pox again. Unfortunately, he said yes. I remember that being one of the few horrible illnesses I had as a child.

So, while my recovery is moving along, I still wish my nerve pain and walking disabilities would improve. The pain is probably the worst of the two problems because it requires me to take crazy medication which increases the walking disability. The pain also limits my physical activity, and it's preventing me from having any kind of relationship, other than with the few people who are in my close circle of friends and family, who all know the quirks of having a face-to-face conversation with me.

So, the fatigue is better, but I guess I have to endure about seven more months before more symptomatic improvements begin. Of course in my mind, I need to be certain that they WILL begin.